Hildbrandt Tattoo Supply is proud to announce that we will be stocking a new line of custom tattoo machine builds by Rosco Lesnar of Relentless Irons.  Who the hell is Rosco Lesnar you ask?  He may not be that well known here in the United States and Canada but he has been building in the UK professionally for over 7 years.  On the internet you may have heard people talking about his machines or parts that he makes by hand on various forums.  He is also a regular contributor to tattoo forums, often offering sage advice on the inner workings of machines.  The pictures in this blog post are taken from his workshop. 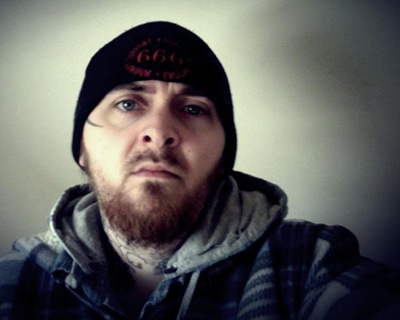 Rosco has been assembling and building since he was 19 years old.  It generally takes him 4-5 hours to finish each piece for wire cut frames and up to 2 days to complete for hand cut frames from steel and weld.  Al of his binders are made via cutting, drilling and tapping by hand.  Rosco is self taught man, growing up from a family of tatted up bikers, this kind of career came second nature to him.

Rosco started out learning the ropes when he was 16.  He bought himself a cheap machine to take apart.  From there he examined what each part did and how he could improve on them.  He spent a good 3 years collecting broken down machines, fixing them up and collecting them.

Rosco took his machines to a local artist whom had extensive experience in building and running machines.  He was given an honest critique of his work and pointers on how to improve.  With some additional guidance, he was recommended by his temporary mentor to professionally build for artists.

Rosco also started out learning how to become a tattoo artist in this time.  He did so to improve more on his understanding of needle force and needle configurations rather than making a career for himself in tattooing.  While he has done tattoos, his main passion is still in building machines.  His reasoning for this is “I enjoy everything about working with machines, I’ve always been able to make things with my hands… I can sculpt pretty good but I can’t draw for shit…”  Despite this handicap, he has been offered apprenticeships several times which he reluctantly turned down as it would take him away from tattoo machine building.