Last Saturday Partying & the Fight that Ended it!

Last Saturday Partying & the Fight that Ended it! 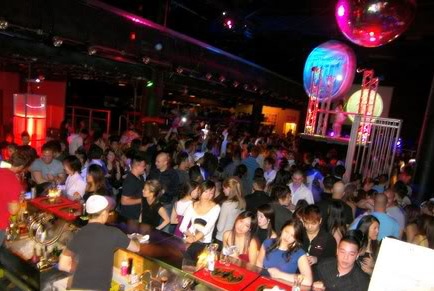 Last weekend was a special night of partying for us because UK Ed, Newton’s godbrothers homeboy was in town and they were determined to get his UK ass drunk. They say people from London can hold their liquor, but man this boy was weak! He was an asian dude, so hey, I ain’t racist but we white guys got stronger livers or something because both those weak asses got drunk fast! Newt, seriously, you go all out partying more than I do, you’d think you’d build some tolerance by now? So here we are just chilling. We were doing pretty good, Newt called out the girls, got a good ratio of 50/50 guys and girls around our table, it was a good night. 2am rolls around and we were about to ditch, I was the last guy out because I was busy with a lady (didn’t get her number though, damn) I walk outside to see this crazy looking dude all yelling/screaming at one of the bouncers. Less than a few seconds in, “smack” the boy knocks the bouncer square in the face, yelling he gonna kill him and all. I was picking up my phone and calling the boys to keep their distance, not our fight and hell, I like this club. Takes 3 bouncers to pull the guy off, buddy’s got his shirt torn and everything. This is Vancouver, it was like 5 degrees C outside, buddy must have been freezing! Later on I found out Dickie, one of our guys, stole the guys watch! What happened was, before the tough guy got all rowdy, he turned to Dickie and says “yo, hold my watch, I gotta fight yo!” Dickie, being the good Samaritan takes it. Less than 30 seconds later, Dickie is in his car and going home lol. $1600 watch, that guy must have been a baller! Too bad he got arrested though. I ain’t crying any tears and my home boy is happy as hell.[plulz_social_like width="350" send="false" font="arial" action="like" layout="standard" faces="false" ][fbcomments]